The Country Train Set is the perfect first train set for your toddler – with station, people, level crossing and sports car too. This chunky Country Train Set is perfect for little hands to enjoy. Your young child can enjoy stopping and starting the train, putting the passenger on and off, and working the level...View more

This 3-wheeled John Deere Tractor has a steering wheel with sounds and comes complete with a matching detachable trailer. Suitable for age 2 years plus.View more

A nerve racking game of skill and judgement with a helter skelter marble drop. Choose carefully – pull the wrong one and KERPLUNK, the game is over!View more 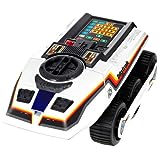 Bigtrak is Back! Relive your childhood with this 21st Century officially licensed replica!For those of you that are either to young to know or to old to remember, Bigtrak was a programmable 6 wheeled tank with a front mounted blue photon beam headlamp and a 23 button keypad on the top. The toy can remember...View more 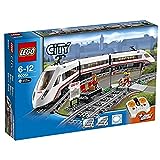 Travel around the city in no time with the motorized Lego� City High-speed Passenger Train! Operate the 8-channel, 7-speed infrared remote control to power around the curved tracks at top speed. This streamlined, super-efficient train has a high-speed front profile and electricity contact points on top. Lift off the roof of the front car to...View more 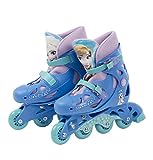 Take an enchanting journey around your own magical kingdom on the stylish Frozen Inline Skates. The Disney Frozen Inline Skates boast many features and are beautifully designed. Skating around just like Elsa and Anna you will most definitely become the envy of all your Frozen friends.. Boasts numerous features including quick fastening adjustable straps, PVC...View more